The Cult of Bod!

Man, that Ian Ellery just blew my mind. He stuck a finger up my nasal-cavity reached in and swirled my brain around, like a swizzle-stick agitating the ice in a huge glass full of something like Martini with ice, metaphorically, of course, when he brought up Bod on the UK Cartoonists Forum. 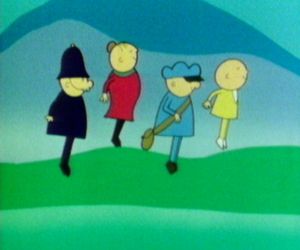 You know, when I was younger, kids TV was pretty trippy. I mean, you think the Teletubbies is trippy? Come of it, they had really weird stuff, back in the day. Now Bod, Bod was weird by any standard, and seeing it now, it seems even weirder. I mean, I'm asking myself just how big an influence on modern culture Bod was. Was Sacha Baron-Cohen (Ali-G) a Bod fan? It sure looks like it. 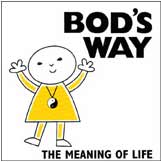 And then there's Moby, and comedian Harry Hill, there's no way that they 'accidentally' look like Bod, if you ask me, there's some kind of universal media-type Bod cult going on out there. 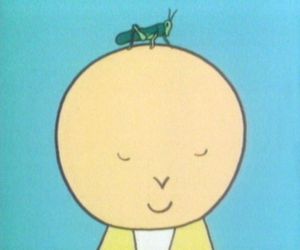 Feel there is something missing in your life? Join The Cult of Bod - IF YOU DARE!

Okay, here's what happened. I know a lot of cartoonists, and I'm a real cartoon fan - what you might call a geek (for cartoons). I have always been obsessed with cartoons and comics, which is why I became a cartoonist. Anyway, I thought it might be a good idea to start a blog that contained nothing but interviews with cartoonists, so The Cartoon Fiend blog was born, but, and here's the interesting part, they would all answer the same questions.

Anyway, it's turning out pretty well, apart from the anonimity that is. I was being a little bit coy about my identity, playing the Fiend if you will, but I filled in a blogroll thing which gave me a search engine on the site and has something to do with site-watching and feeding and things. And right there beside the 'search button' is a 'profile' link, and I click it and lo-and-behold the the site announces who I am. So, what can you do? I am the Cartoon Fiend - there, I said it. 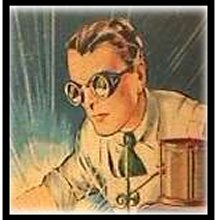 Rod McKie, aka The Cartoon Fiend, at work. 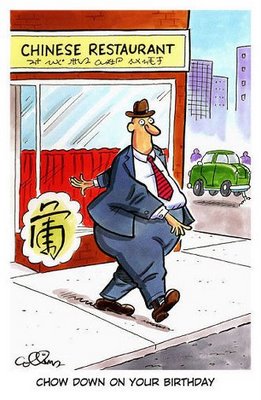 I'm still waiting for Shoitcrock to get here, but that's hardly surprising as it's parcel post, which takes forever. I've put the mini comic Kim, Dominique and I did, together as an Adobe Acrobat file, which you can download here. Either right-click and 'save target as' into your 'My Documents" folder, on IE, or click and Acrobat will open it online and you can save it. On Firefox you can click it open with Acrobat, or right click 'save link as' and it'll save the file to disc. 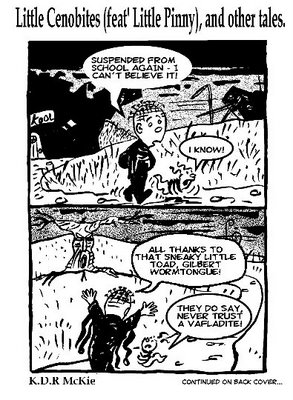 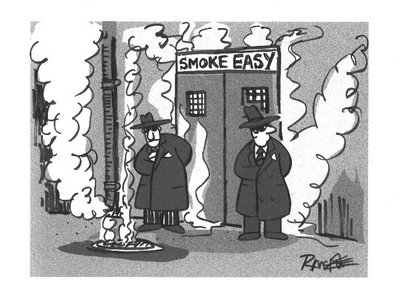 For the first time in weeks my daughter has a smile on her face and a spring in her shuffle. 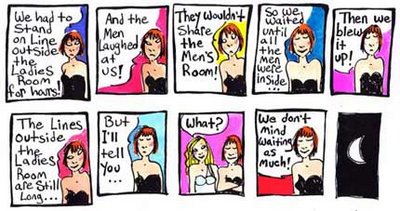 A quote from Stephanie.
About Six Chix.
Posted by Rod McKie at 11:44 AM No comments:

Matt, I sent that one out a month or so ago. Maybe Phoenix used it, I'm not sure. I didn't know people could post. Hope you're well.
Posted by Rod McKie at 11:40 AM No comments: