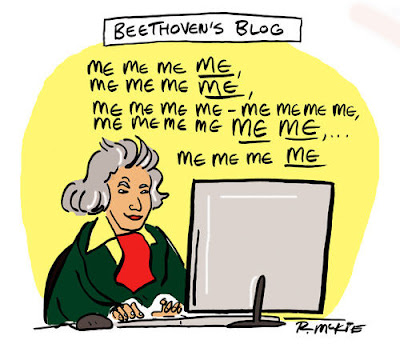 I've done very little for the past 2 weeks on account of back-trouble. I really injured my back badly early last year. I have a treadmill nearby where I work and I was doing a quick 10 minutes on it when I saw my wife approaching the house - everything is open plan, it's not as if I can see through walls. So, I decided I'd impress her with a silly walk on the treadmill, but she didn't have her key and she buzzed the intercom and the noise startled me and, long story short, I twisted some stuff (to use the medical jargon).

So, if I happen to be lying down on a rug, belly on the floor, drawing while a DVD plays in the background (in the wee small hours it is so relaxing), it really aggravates the strain - and I did and it did. So I was too uncomfortable to do anything much, but it is improving.

Anyway, I've drawn a bunch of funny cartoons, fingers crossed, so I'm back in the game, and saved some Anime screenshots on the laptop, which I'll transfer to the PC and then upload to the IManga blog tomorrow; in order to get it up-and-running. Also, I put a page of my alleged autobiography Lerpertown together and I'll post it on Web Comics Nation and 5 more pages of Johnny Morte on Comic Space over this weekend. 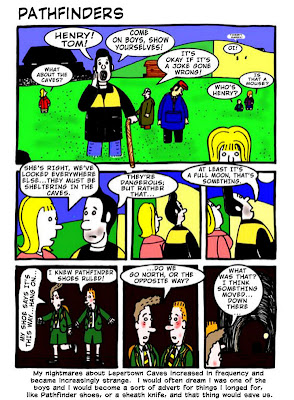 I just put the first 5 pages of my comic book Johnny Morte, on Comic Space. I've finished the first comic book and I set out to make it just one of six, but the story has branched out and grown, which is a nice development. 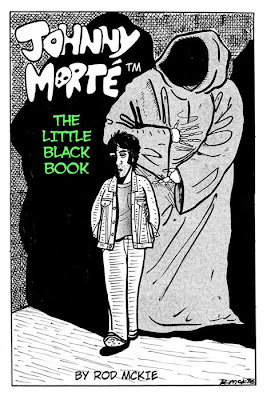 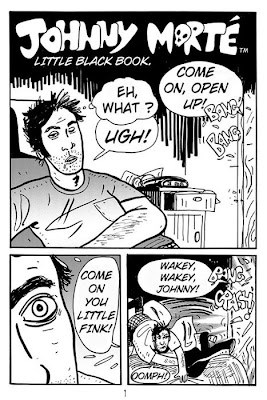 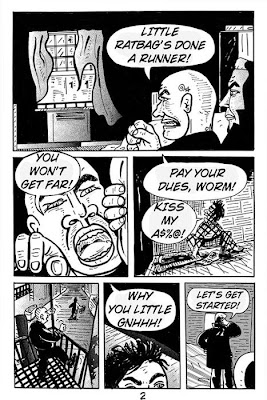 If you do pop along to give it the once over, do make a point of visiting Salgood Sam's comics page. It's brilliant. Really.

I took a few days rest to read some Manga, Atsushi Kaneko's Soil (his artwork reminds me of Charles Burn's drawings) and Seizon (Life) by Nobuyuki Fukumoto and Kaiji Kawaguchi. Both excellent stories.

I also watched a couple of movies, including The Night Listener, The Prestige, and Pan's Labyrinth. I've been a fan of Armistead Maupin since Tales of the City was shown over here, and I enjoyed the mildly sinister tension of the movie. The Prestige was a terrific Victoriana sci-fi tale of prestidigitation, in which everyone was terrific and David Bowie, with his few moments on screen, as Alan Turing, was electrifying - literally. By the way, isn't it ironic that Britain's first Super Casino (the Labour party and Bliar wanted to build 40 Casinos) is being buit in Manchester and will be reached by walking alon Alan Turing Way? Because as any mathematical genius will tell you, the Casinos never win!

Pan's Labyrinth knocked me out though. I'm a fan of Guillermo Del Toro's work and I have Cronos on dvd, but it won't stop me getting the collection which includes Pan's Labyrinth, Cronos, and The Devil's Backbone.

But, I'm back to work and I've rattled off some cartoons and put two pages of Lepertown up on Webcomics Nation. These two pages have a dual role, as they also appear in my book, Tommy Apple. 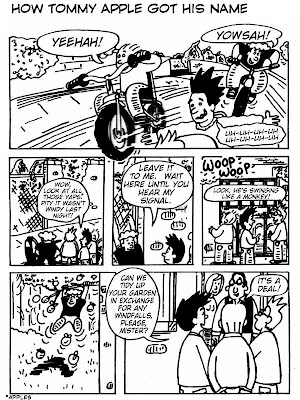