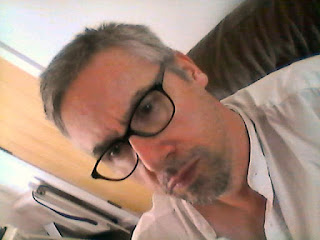 Older, but no wiser.

I'm drawing some cartoons again.  The really odd thing is, I've been developing a style as if I was new to the game, rather than an old fart.  I think it may be because I had to relearn the cartooney style after drawing comics - kind of makes sense. The style has actually changed since I drew this cartoon.  I've drawn a good few more, and will likely make a new version of this one, because I still like the gag. To be honest, I look more like one of the guys in the cartoon, than the one above, on account of being hairier now. 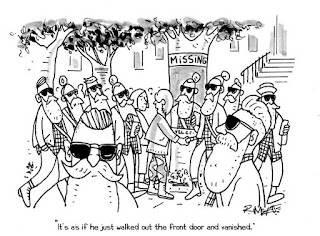 Some of the recent ones are pretty funny, to me at least.  And they do 'look' funnier now, which is always half the battle.  I think the one above is a sort of hybrid on the way to the funnier looking characters.  We'll see.