'Rod's usual styles of drawing', my chum, cartoonist Dan Collins, said that when he was talking about the National Lampoon book of cartoons, that we both had work in. I never really thought about it before, but I suppose it's true, I have and have had a variety of different styles, but it's only apparent when a bunch of cartoons, and not those from the same batch (a batch of cartoons would be the 10 or 12 one is sending to a particular publication so they would all, presumably look similar) appear alongside one another in a publication. In this case the cartoons were themed, so they came from different periods and got shoved into the same batch, so that's something of an excuse. But is he right? Do I tend to draw each cartoon slightly differently?
Here's a range of the things, some quite recent, some older: 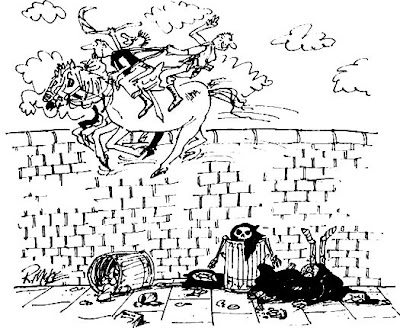 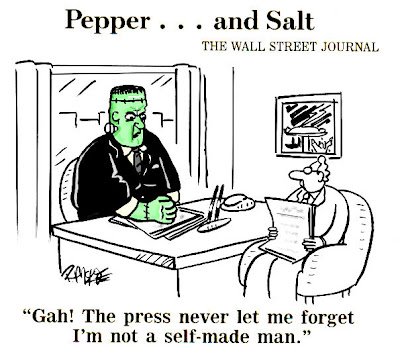 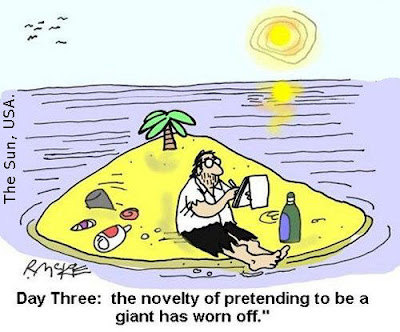 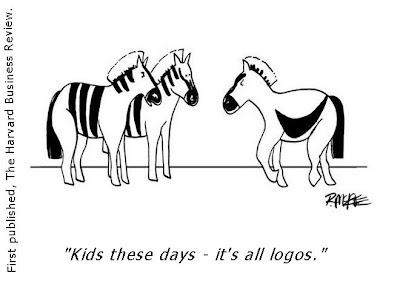 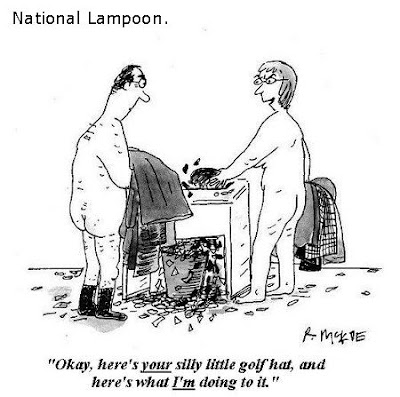 From National Lampoon's Favourite Cartoons of the 21st Century 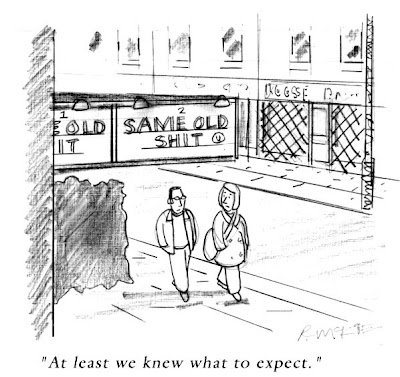 And finally, and trust me there were plenty more, a cartoon illustrating a debate about Parliamentary Reform in the UK, from Prospect, November 2005 , I think, and I think they all pretty much prove Dan's point. 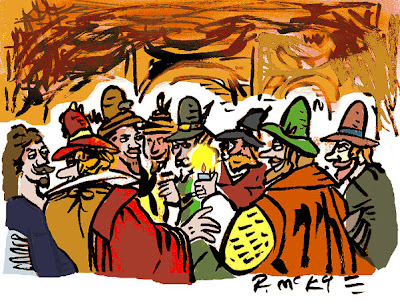 "Listen up. Guy's had this terrific idea for Parliamentary Reform."