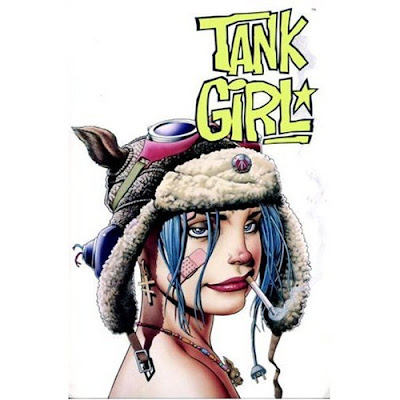 "We have lost a number of the best professional comic artists the last couple of years and Phil Gascoine sadly has joined them". John Higgins, Artist.

Those are the recent words of artist, John Higgins (could be Grey Suit John Higgins), and I know what he means, it does feel that way. On a personal note, I feel that something is ending, in the UK at least.
Of course I've mentioned the Bunty comic here before as one of my cousin Allan's favourite comics. It was actually his sister, my cousin Mary, who bought Bunty, but Allan was huge fan of the stories and the artwork. Truth be told, those of us with sisters who could get a hold of Bunty, Mandy, Jinty, comic, et al, would sneak them away for a read. Of course we also read our 'boys' comics, the Eagle and Commando and the super hero comics and the chances are, whether we knew it or not, we would have been enjoying Phil Gascoine's work. I think the list of titles there alone, coupled with Tank Girl up top, (Phil Gascoine was one of the illustrators on Tank Girl Apocalypse) renders a phrase like 'Phil Gascoine was a versitle illustrator' pretty damn near redundant. He was, I think it's fair to say, a Master Craftsman and his range of work from Jinty (in particular) and the Eagle through Thundercats to Genetix and Tank Girl speaks for itself. 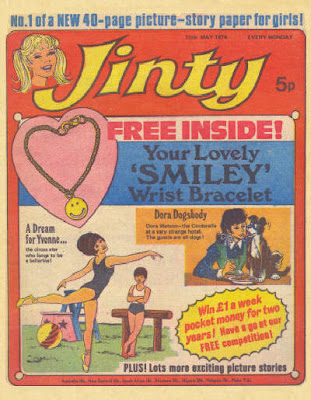 There are some nice obit's to the man floating around:

Rod, thank you for outing me as a Bunty reader. I'm not sure where that places me professionally or socially these days. I say that in the week when Stephen Fry has empowered me to buy a box of Farley's Rusks and openly munch one on the way back to my car.

I suppose the Rusks are a giveaway but I'll need some proof that you are who you claim to be.

In the old school photo that was taken by the doors of the canoe store house, are you holding a knife, a gun, or both?

I better explain that away in case anyone is disturbed by the imagery of armed Bunty readers, it was a silly photo for the school magazine that Allan 'edited'.

Tell me the initials of our other two dark-room regulars and I'll know it's you, or one of them pretending to be you.

Did you see the comic strip 'good Hair'? I used a bit of poetic license, but it captured something.

In my lost message, I said I don't have any recollection of that photo but that may be selective memory.

The others were DN, maybe NP or DC or both.