New Comics Publishers and the importance of Grants and Awards

Did anyone notice the grant that never was recently? You know, the one Zadie Smith thought nobody was good enough to get. Bloody cheek. Still, it's fairly typical of the UK, I think.

She is right to be concerned about the state of British fiction though; perhaps all the Oxbridge graduates who dominate the literary scene as authors, critics and publishers, despite having degrees in diverse subjects like Geography, and Child Minding, are not really the best authors out there. Just a thought. Maybe that's unfair though, maybe Oxbridge alumni really are better at writing books than everyone else, or maybe only the rich can afford to sit down for three years and complete a novel. Anyway, good on Zadie supporting the status-quo and making sure we see no new faces and get the same old tired crap over here that nobody anywhere else in the world bothers to read. It's actually quite funny, it's sort of the literary equivalent of the old dictum: The Working Class can kiss my arse, I've got the Foreman's job at last.


Speaking of awards and grants (neat eh?) I've never met a cartoonist who has received a grant, but I met plenty who claimed The Enterprise Allowance in the 1980s because their wages were so low, and Family Income Supplement, which helped the poor bastards to eat, and continue working as cartoonists.

Quite what the point of the Arts Council, in particular The Scottish Arts Council is I don't know. The only two people I know who ever received anything from them were J.K Rowlings, who got an extraordinary grant for an unpublished, inexperienced 'writer', and my old tutor, for a book of her poetry, that she has yet to produce (I believe that literally years have gone by). Cartoonists with a huge catalogue of published work don't seem to get anything from them at all. I wonder why that is?


So, anyway, other countries do it better, particularly the US.


The Xeric grant is well known in indie circles and it has helped launch the career of a good few cartoonists. Peter A. Laird, co-creator of the Teenage Mutant Ninja Turtles got together with Planet Racers and established the grant which gives assistance to self-publishing creators. Somehow, it's just impossible to imagine Peter Laird announcing that there will be 'no grant' because no comic was good enough.


It came to mind today in particular because I was looking at Joshua Hagler's 'The Boy who Made Silence' which won the Xeric in 2006 and which is now being being published by AAM Markosia Comics.


The work, previously self-published, was, maybe still is, available here:


It's quite difficult to get a spot with Marvel and DC Comics and even more difficult to get them to try a new character or idea due to the fact that they like to employ work-for-hire artists and writers to churn out the company-owned creations. So the more independent publishers there are, respecting creator-owned content, the better. These days there seems an explosion of new comics publishers and they produce some really, really, good comics. Amongst these new publishers are AA Markosia, who came to my attention with the publication of Hope Falls and King Kong of Skull Island.

I read quite a few of the new titles, Hawaiian Dick (I love the colouring), The Mice Templar, 30 Days of Night (now a movie), The Infinite Horizon, Grim Fairytales, Narcopolis, and a favourite of mine 'Suburban Glamour' by British cartoonist Jamie McKelvie. Currently, if you read his blog, you'll find out how to get a free copy of SG #1 free!


I liked Suburban Glamour instantly because of its hip (not in a pejorative way) manga-like style. The drawing style puts me in mind of the the very best manga, like Soil, Seizon, Homunculus and, in particular, Ebine Yamaji's Free Soul (stylistically very similar). 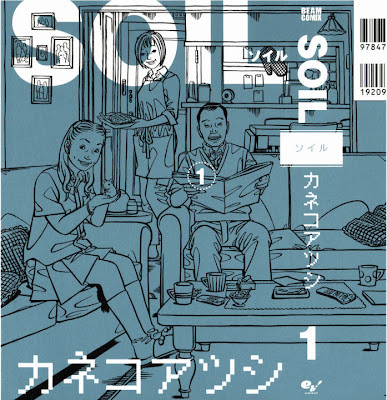 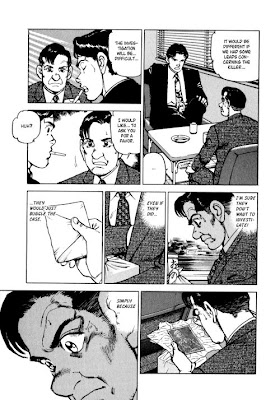 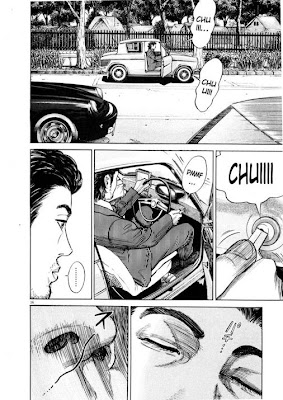 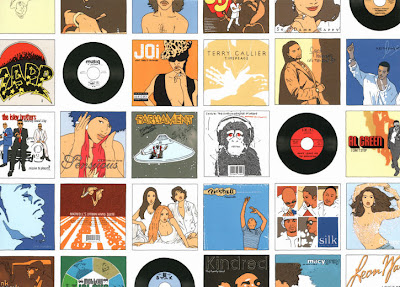 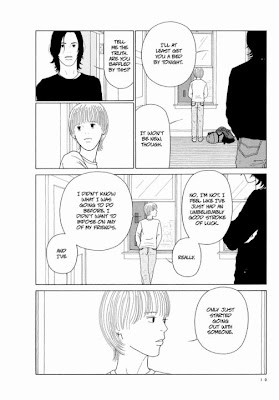 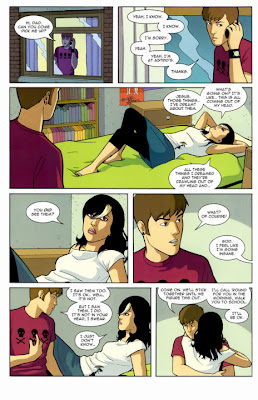 Among the new breed (so not necessarily brand new to publishing, you pedant) publishers are:

What an enormously flattering comparison! I'm a huge fan of Atsushi Kaneko - I was lucky enough to meet him in Angouleme last year and got a sketch: http://farm1.static.flickr.com/136/373136192_2bb19838ab_o.jpg

I'm heading over for a look Jaime. Your comic is marvelous - I'm enjoying it immensely

I read your blog entry and wanted to say thanks for mentioning The Boy Who Made Silence.

Also, it was quite perspective-enhancing. I have always appreciated the Xeric Foundation even before I got the grant, but perhaps I took for granted how unique it is. I really had no other ideas on how to get the book out there, and when the grant came through, it provided the only means I would have had to produce the book.

I hope someone will do something similar in the UK.

But the grass isn't so green over here either. It's great to have received the grant, but now that it's going to be published in its entirety, it will produce almost no income. I'm back to square one there. How will I balance working on the book and being able to bring in enough income to keep paying for necessities? There is no market established for the indy comics publishers, so we're all still trying to save our little raft from sinking.

Having just looked over the post Joshua, I realise I got straight onto my hobby-horse and didn't focus enough on your work in particular and the Xeric in general.

If you don't mind, I'll put up a page or two of your artwork from The Boy Who Made Silence, because it's astonishingly good, and focus more on it.

I hear what you're saying; it seems it was ever thus. I'm hopeful though, I think things are changing for the better.