The work of Jiro Taniguchi

As I said in the previous post, I was looking around for manga that had that same languid quality as YKK and several posters put me onto Jiro Taniguchi's Aruku Hito, or Walking Man.


The premise of the story is simple, a man takes a walk, or a couple of walks, sometimes with his dog. It is such a fantastically obvious idea that I can't believe nobody else has thought of it. Then again it is such a simple idea that it really demands an exquisite eye to bring carry it off and Jiro Taniguchi has just that. His architectural details and backdrops are marvelous. His drawings of trees and foliage, wonderful, his depiction of animals and birds, first rate but it is the body language of his characters the sly glances the suggestion of a look here and a stance there, that really excels. His silent drawings suggest so much. His protagonist is a stocky man, he has a meaty build, you would that were this a different story entirely, that the guy could handle himself. This is not just any walk, this is an heroic walk, and like YKK this walk is a celebration of the simple joy of just being alive. In an article entitled Manga Mon Amour, Andrew D. Arnold suggested that the work achieved a sort of 'contemplative beauty'; it would be difficult to disagree with that. 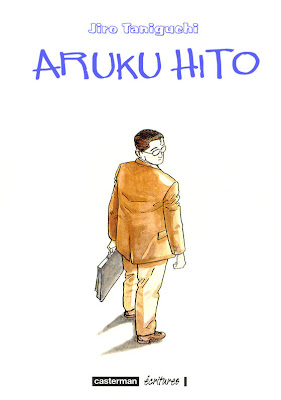 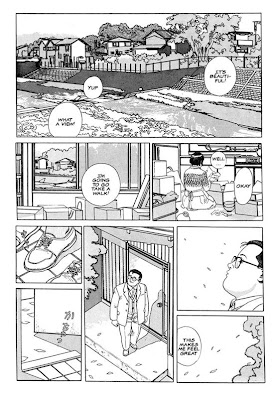 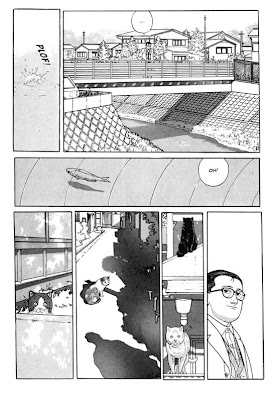 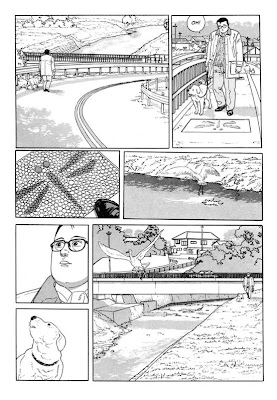 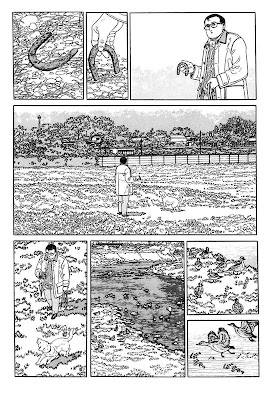 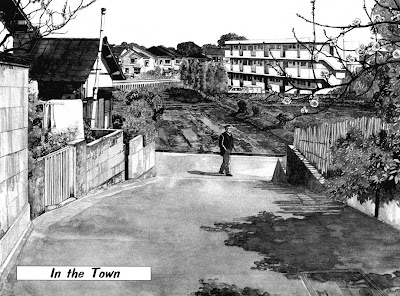 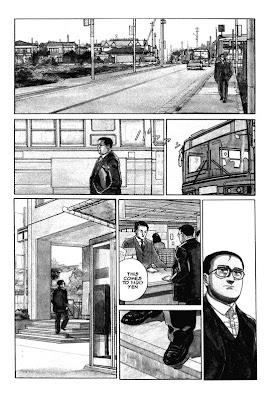 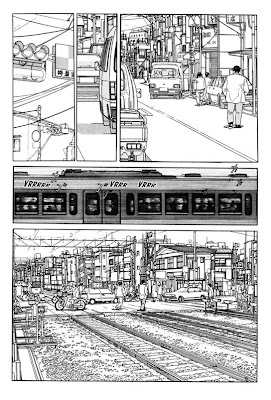 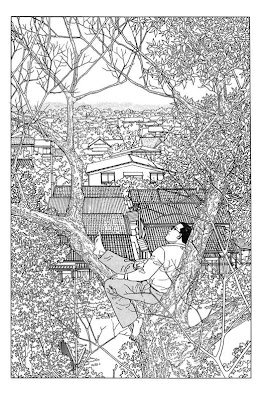 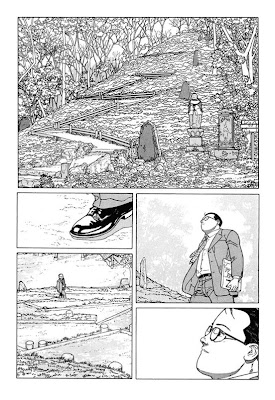 Although it was a relatively new type of manga to us, with many coining the phrase 'nouvelle manga', the story saw the light of day in the early 1990 so when I looked around for more work by the same author I was pleasantly surprised to find that he had been very, very, busy. By far my favourite of his other work is far removed from the gentle silence of Walking Man, it is the Jinpachi Mori story Benkei in New York. Although, having said that, there is the same solid-bodied determination in the protagonist that I saw in the central character of Walking Man. Perhaps, it is just that the characters that Taniguchi draws appear to think as they work there way, often in complete silence, through his landscapes.

I suppose Benkei in New York could be termed manga-noir. The main protagonist, Benkei, a Japanese artist living in New York, is also a hitman, and a master forger, and his world is a very, very, dark place. This ominous tale opens with a pall of thunder and a downpour that sends the inhabitants of Manhattan scurrying, like rats, for shelter. 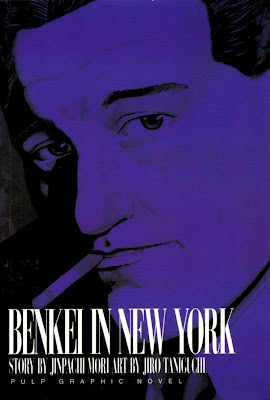 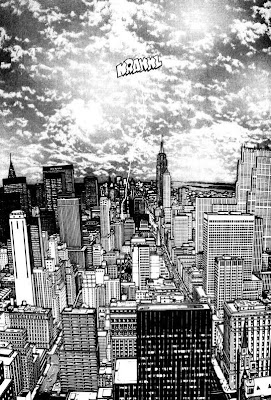 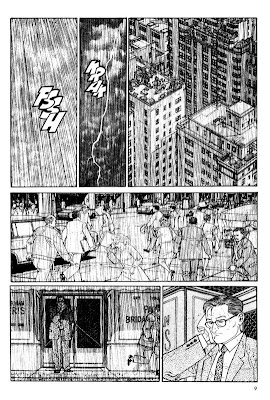 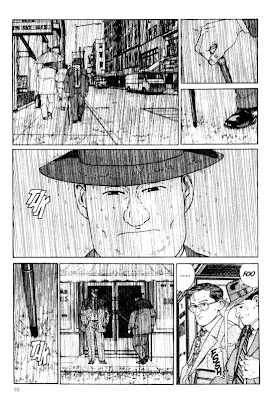 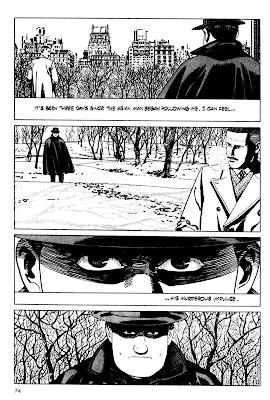