I love anthologies. If you look over at the piece I did on the Forbidden Planet UK blog on Danny Hellman's Typhon, you'll discover why I love them - in a nutshell, it's the variety I suppose. But I also love new-takes on existing characters, as evidenced here on an earlier Batman post, and Marvel's Strange Tales has both these things going for it, Strange Tales is an anthology-comic, and it has a variety of new-takes on existing Marvel characters; by Peter Bagge (Neat Stuff and Hate) Nick Bertozzi (Houdini: The Handcuff King), Molly Crabapple and John Leavitt (co-founders of the hugely succesful Dr. Sketchy's Anti-Art School ), Nicholas Gurewich (The Perry Bible Fellowship), Norwegian cartoonist Jason (Low Moon, profiled here), James Kochalka (Monkey versus Robot), Michael Kupperman (Tales Designed to Thrizzle), Junko Mizuno, (Pure Trance). Paul Pope (Batman year 100), Johnny Ryan (Angry Youth Comix), and Dash Shaw (Bottomless Bellybutton).

It's a stellar line-up, complete with cartoonists who have heightened the profile of the artform beyond the pages of publications and the interweb. Japanese artist Mizuno's Gothic-Kawaii drawing style, a mixture of super-cuteness, and blood and syringes, appears on clothes and in gallery shows, and Paul Pope has designed a Pulphope line of clothes for DKNY and Diesel.

As with any publication of this sort, I have my favourites; Paul Pope and Jose Villarrubia's cover is excellent because it takes itself seriously, alerting the reader that although the Marvel Universe will be treated slightly flippantly, it won't be disrespected. This is a very clever piece of marketing which is especially important to a significant band of readers who are not particularly welcoming of indie cartoonists. For those readers, Paul Pope's cover and introductory story will prove a gateway to this comic's tone and Strange Tales #1 itself will surely prove a gateway comic to a world of indie-illustration for the uninitiated comic book reader. And with any luck, it will also establish a demand for more work in a similar vein beyond Strange Tales #1,2 and 3. I love the sub-text of Leavitt and Crabapple's She-Hulk (coloured and lettered by Star St.Germain), and what could easily be a jarring-juxtaposition of artistic styles, between Molly Crabapple's silky-thin, embroidery-like drawings, and Junko Mizuno's solid-lined Spiderman (translated by Aki Yanagi, and adapted by C.B. Cebulski), becomes a delight in the context of this anthology. I just adore Dash Shaw's Doctor Strange, for reasons to numerous to mention, and Michael Kupperman's Namor is equally brilliant. I think of all the stories in this volume though, my favourite is Jason's Spider Man, I read it about 3 or 4 times and each time I read it it seems funnier and more clever.

My only criticism of the comic, and it is a slight one, more a grumble really, or a gripe, and not even a full gripe, more a gr... or an ...ipe, is that a page or two of the work is 'Not Brand Ech-sy'. I mean, don't take that the wrong way, I loved Don Heck's comic at the time, but that style of parody isn't really what an indie-collection is about. What I mean is I don't like the pages that are more a parody of the character, than an indie-interpretation, as much as I do the rest of the comic. So whilst the majority of the illustrators have combined the more cartoony indie-look with a certain amount of psychological depth, one or two have delivered nothing more than a superficial parody. As I have said though, this is an anthology and whilst I might not love all the pages, there is still more than enough great work here to keep me delighted and eager to read the next comic in the series. All told, it's pretty fab. 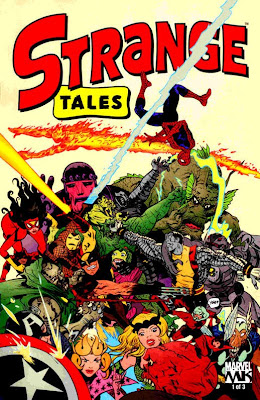 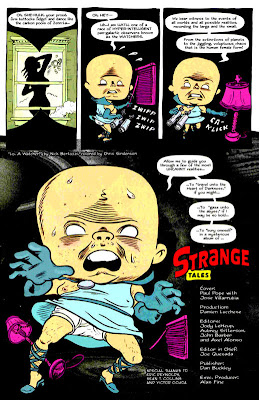 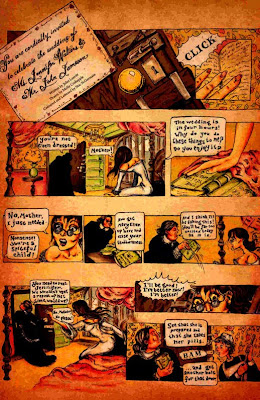 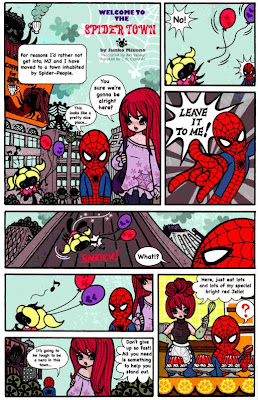 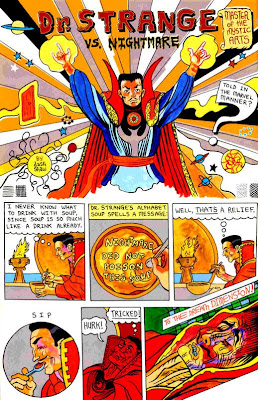 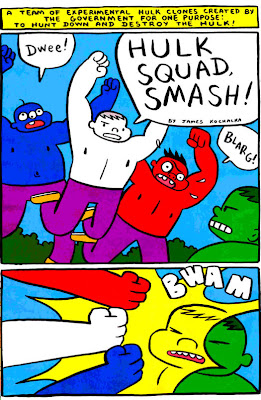 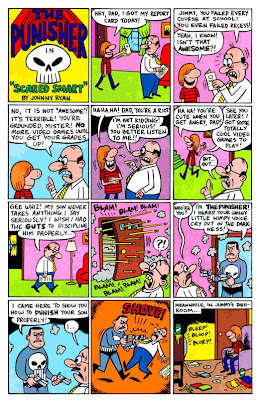 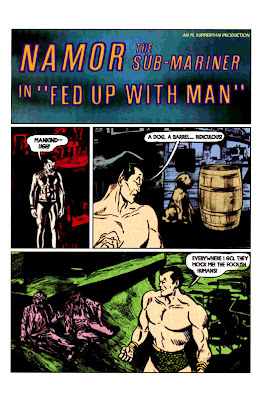 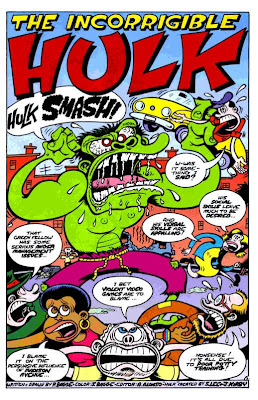 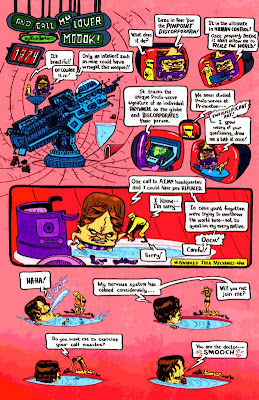 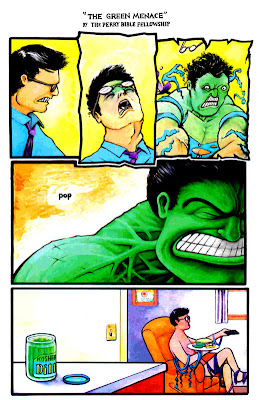 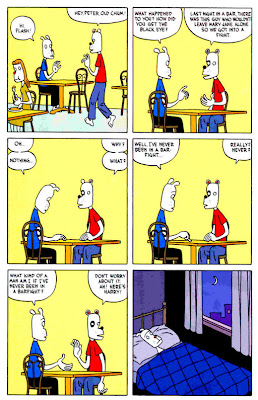 Thank you Mato. That's one lively blog you have there. A lot of interesting stuff going on.