You may not know this, but I was in a comic once. That is to say, I was still the real me, but there was also a comic book me. The comic book is called Albion, published by DC/Wildstorm, and I was in episode 3, of a series of 6: 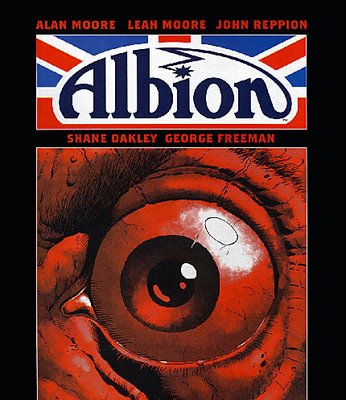 Anyway, it's a great series, featuring Robot Archie, Janus Stark, The Spider (I thought he was brilliant) and a host of old British comic book characters and, well, I think they're putting a book of the series together so if you missed it the first time round, and even if you didn't, here's a chance to get the entire thing in one gorgeous, eyegasmic, read.

So, here's the thing, I signed a standard 'image release' form for DC in relation to the comic, which made the whole thing seem even wierder because, well, it's not really me. It's a great drawing, don't get me wrong, but I'm a lot prettier than that (that's me, him, er, me, at the top, click it for a better view). 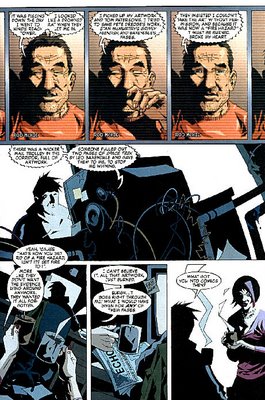 Or so I thought, until I started working on my latest project 'Johnny *******' (sorry it's a little hush, hush). I was sitting at my desk with Johnny's head (see below) in front of me and my daughter exclaimed 'My God, that same evil stare, it's like twins'. So this (see below) is apparently the dead spitting image of me. I have to tell you, I must be suffering from some kind of facial dismorphia because I just don't see the likeness; well, maybe apart from the 'evil stare'. 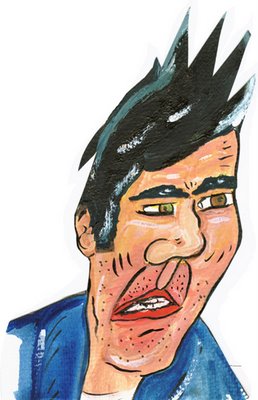