In this second part of our look at Indian comic (I wasn't sure whether to describe Comic Digest and Comic World as comic books, comic strip collections or cartoon books, so I plumped for comic books) publications, principally those published by Diamond Comics, we are going to concentrate on the strips made in the US and the UK. The few UK strips, with the notable exception of Kettle and Christine's Beau Peep, are old pages from IPC's now defunct juvenile comics division. Unlike the old British comics the pages of Bewitched Belinda, Junior Rotter, and Joker came from, however, there seems to be little or no influence from Spanish, Belgian and Argentinian cartoonists. Unless, that is, those cartoonists from those countries who did so much work for IPC, are responsible for some of the reprinted horror or romance stories from the publications they worked for in the US.

I won't lie to you, at face value a publication like Comics Digest is probably the ideal publication from a cartoonist's point of view. That is, of course, providing, the magazine hasn't got a no contact with cartoonists outside the agencies it deals with policy in place. If it is actually in the market for new material, however infrequently, then it promises work and a large audience for a number of cartoonists, at a time when publications in the west are actually removing or dropping cartoons and comic strips. Providing it doesn't rely on a cosy deal with just one or two syndicates, then Comic Digest actually greatly resembles the sort of publication cartoonists like me have wished for some time. In some circles, cartoonists will often describe a publication that looks like a cross between a British comic and a Sunday Funny, full of colour comic strips and full pages, designed to be inserts for newspapers, or, and this would be in our wildest dreams, stand-alone publications.

Of course Comic Digest is not without faults: the production values sometimes slip and the lettering of some pages can be pretty poor, and there is a tendency to over-colour, I think. It also sort of amazes me that the publication actually does carry a feature like Junior Rotter, not that I don't like Trevor Metcalfe's drawings, it's just that it seems so odd to see a two-page Junior Rotter adventure rubbing shoulders wit Flash Gordon, Archie, and Calvin and Hobbes. Not that the quality of the work looks out of place, mind you, it's just that those are syndicated strips and JR is a character from a British comic. I really can't imagine who would be syndicating or supplying the work. 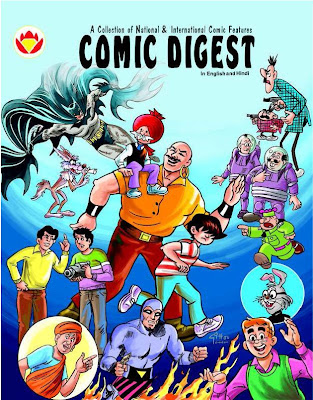 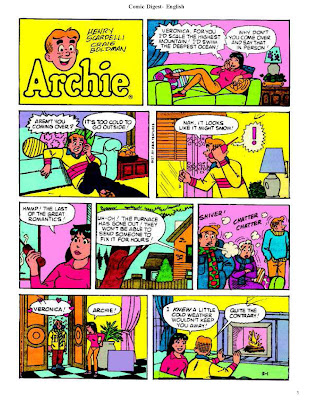 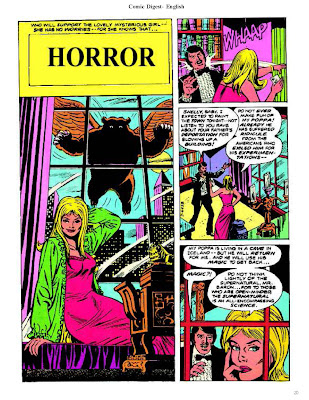 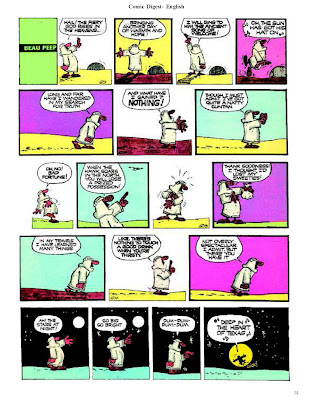 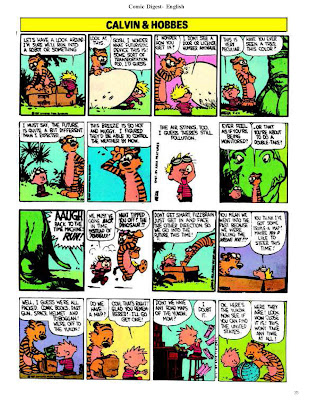 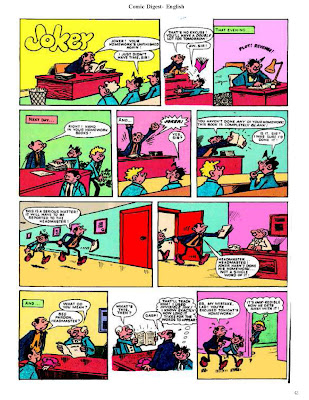 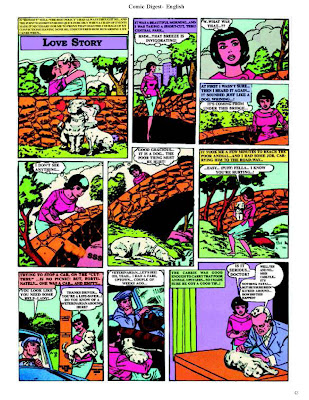 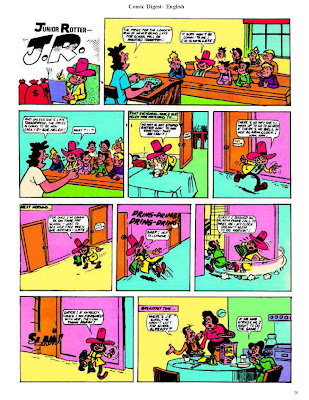 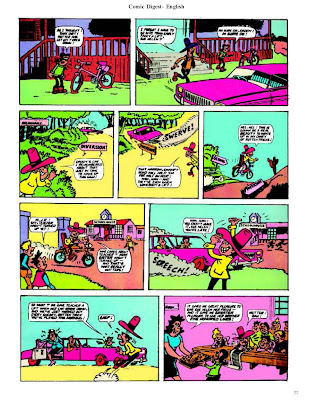 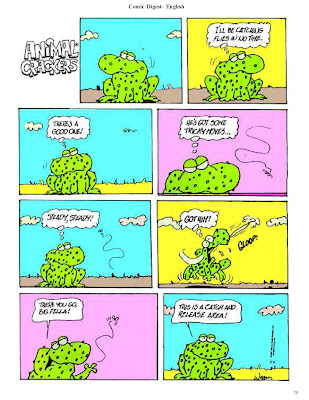 You know, I'm really very pleased about these publications because they tell me that India has the sort of respect for comics and cartoon strips that has been so lacking, over the years, here in the UK. Not that it should come as such a surprise, historically India has always had more respect for the visual language than we have, a fact I touched on in a post I made a while back about The Ramayana and the origins of the graphic novel, and the fact that the Indian comic book readers have good English and a liking for British and US comics is good reason for we cartoonists to look toward the Indian continent with a degree of optimism. The Indian market is a growing market, within a healthy economy, and there is surely reason to believe, if Comic World and Comic Digest are anything to go by, that there is likely to be an increasing demand for what we cartoonists have to offer. Needless to say, I hope, that we have to be ready and willing to put in the necessary effort to promote our work over there. 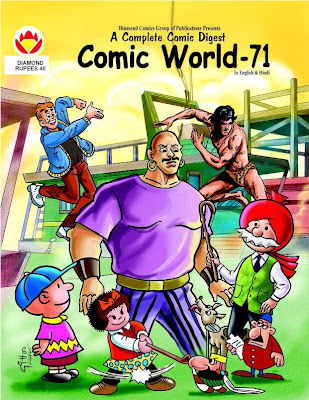 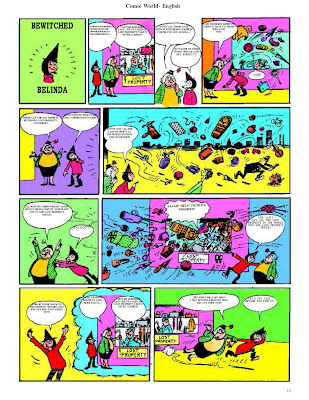 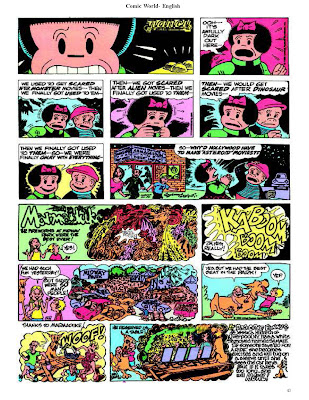 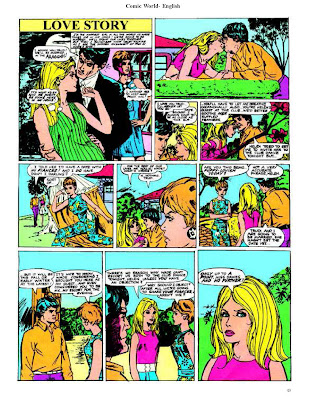 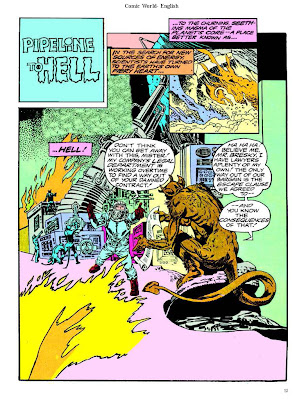 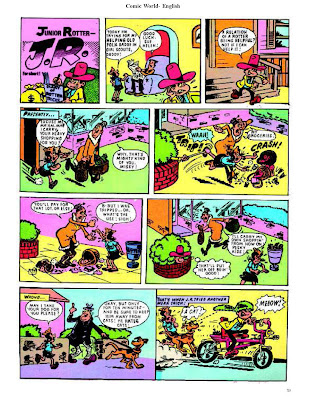 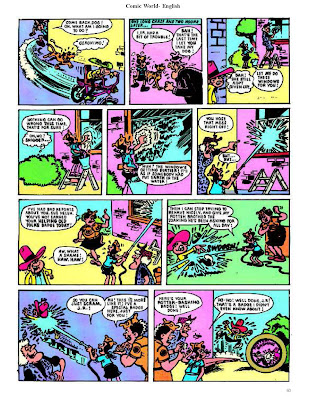 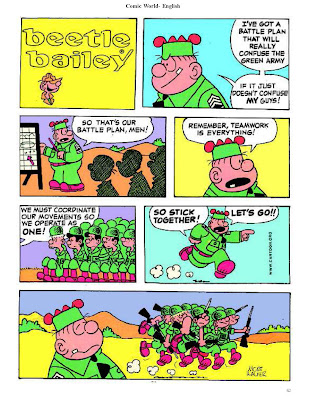 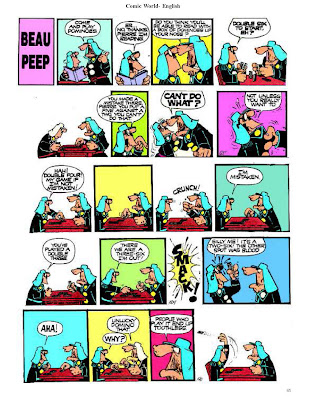 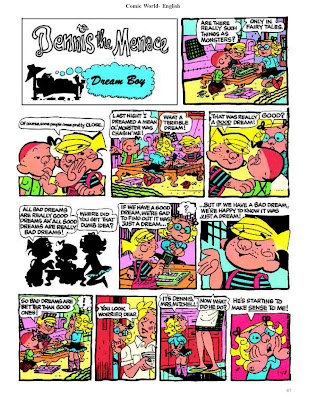