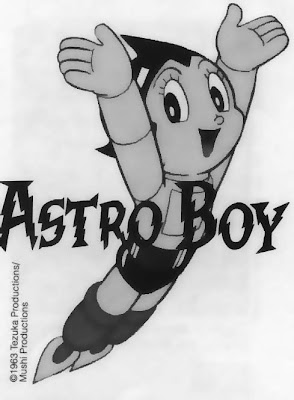 Oh man, I love this. It's the live-action movie of Astro Boy, which I've scaled down and truncated and reduced to these teeny snippets – which are still incredibly enjoyable. For many of you, the creator of Astro Boy, Kimba, Black Jack, and numerous other titles, Osamu Tezuka needs no introduction, but I'll provide a sort one for anyone new to his work. 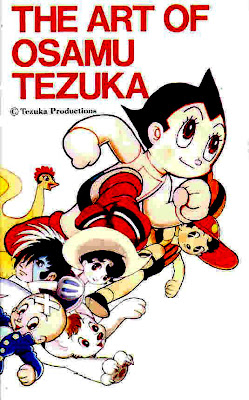 Often credited with creating the present form of Manga comics, Osamu Tezuka produced hundreds of different titles and well over 100,000 comic pages (reputedly 150,000). He began his comics career in 1946 with the Osaka edition of Shokokumin Shinbun (now the Mainichi Shogakusei Newspaper), drawing Diary of Ma-chan, whilst still a medical student at Osaka University. A year later his comic, Shin Takarajima appeared, and in 1950 his creation Jungle Taitei, was published in Shonen Magazine. What was to become his greatest creation, Atom(Astro Boy), the jet-propelled robot boy, appeared for the first time as a secondary character in Shonen's adventures of Captain Atom, in the early 1950s. Eventually though, the star of the story broke free, and Astro Boy, along with Shonen's other robotic star turn, Gigantor, became hugely popular and Astro Boy began his rise from bit-part player to cultural icon, and Japanese Government spokesperson.

Set in a world where androids happily live amongst human beings, the story of Astro Boy features the adventures of a powerful robot, created by the head of the Ministry of Science, Doctor Tenma (the later doctor from Uraswa's Monster is an homage). Originally, Doctor Tenma creates the robot to replace the son he lost in a car accident, but realises the futility of the task, and with more than a nod to Carlo Collodi's Pinocchio, Astro ends up in the hands of a cruel circus owner. Eventually Astro is rescued from the circus by the new head of the Ministry of Science, who becomes his legal guardian, and Astro uses his robotic superpowers to fight evil, crime and injustice and giant evil robots.

I love comic work that looks like comic work, you know, with white out, and address labels patching the paper, and razor scrapings to remove ink. It illustrates the thought-process of the cartoonist, and shows that the cartoonist has his or her eye on the final goal; publication - and it shows us how the final printed image is already perfect in the cartoonist's mind-eye. Osamu Tezuka was famous for working and reworking his original drawings and if you ever do get the chance to see them, take it, you will find it a rewarding experience. In the meantime, however, you can make do with the original comics and Dark Horse publishes English editions of the original Astro Boy, and has some really nice preview scans on their website. 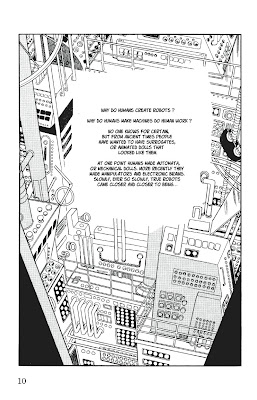 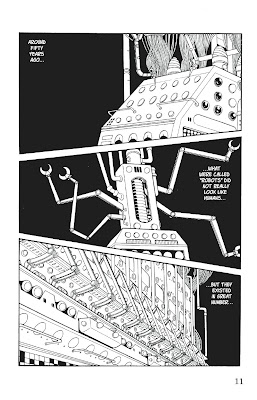 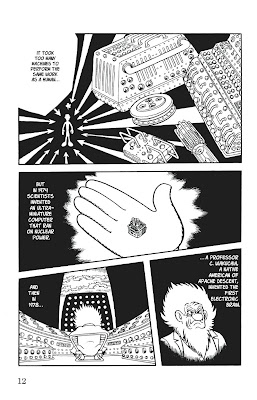 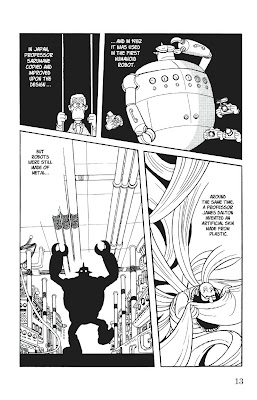 This is a blast. Thanks for posting these clips. As you pointed out, Tezuka reworked a lot of his older works. The Dark Horse translation is of the final version Tezuka published, and it's beginning is completely different from the original version that first appeared in 1951 under the title "Ambassador Atom." (The title was changed to the more familiar "Mighty Atom" after just a few episodes.)

Hey Matt, nice of you to pop in. That's a nice tidbit about the Dark Horse version; many thanks.