Rummaging Through the Comics Box

I've been rummaging through the comics box looking out stuff for a fellow enthusiast, and I came across something I had long forgotten I had.

This little Comics Media No2, was published and edited by Nick Landau and it had, for me, a sort of underground mincomic appeal, even thought it dealt largely with mainstream subjects. It has a nice little glossy cover, but inside it looks like it was tapped out on an old Royal Diana typewriter and the photo of Frank Dickens looks like it was cut-out of a newspaper. I was never a great fan of Frank Dickens and Bristow, mainly because I thought it was badly drawn and not funny, so I had to look beyond the cover and the main interview, but to be honest I was always going to buy it because it was a homegrown publication that was taking comics seriously. 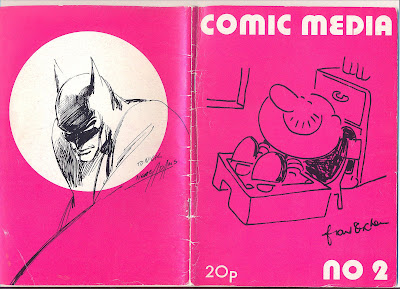 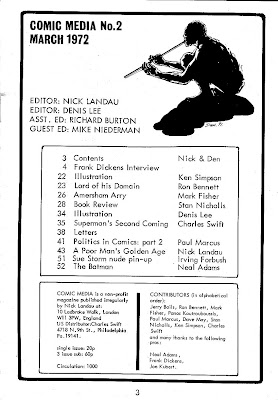 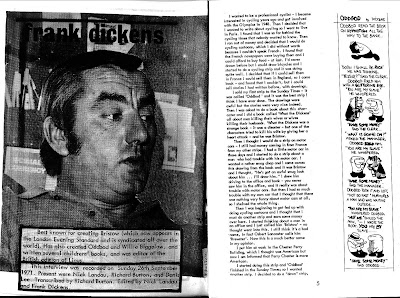 Design-wise, it looks like a massive leap from this publication to something like my copy of Garth, published by Landau's company, Titan Books; but design is something you can fix with a decent budget, and the enthusiasm for comics so clearly displayed in this little gem, an element you cannot improve or create with any amount of money, meant the leap was not, in retrospect, so very large.

The thing covered Superman, Dick Tracy's cast of characters, and even featured some illustrations and reviews; it crammed a lot in. My favourite pieces in this one are, and where at the time, Ron Bennett's article on the comics market of Singapore*, Lord of his Domain (with its Dave Gibbons banner), Politics in Comics, by Paul Marcus, and Landau's own A Poor Man's Golden Age. 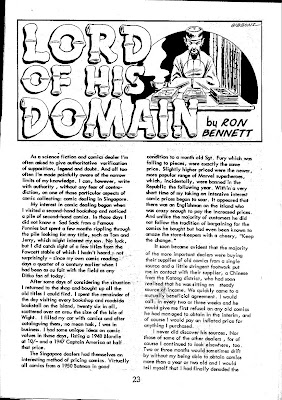 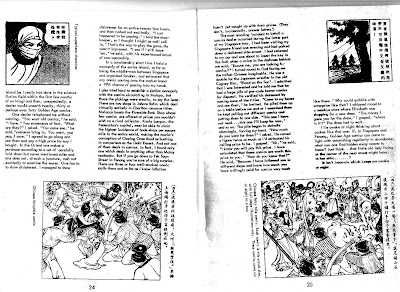 *As a kid, everytime we got some sort of geography lesson I would drift off wondering what sort of superhero comics they had in that country. 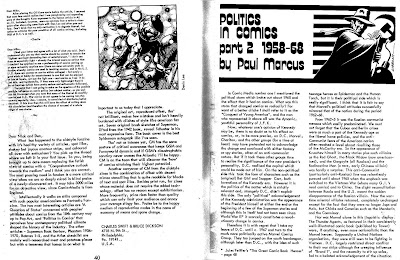 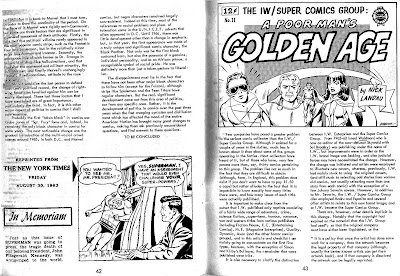 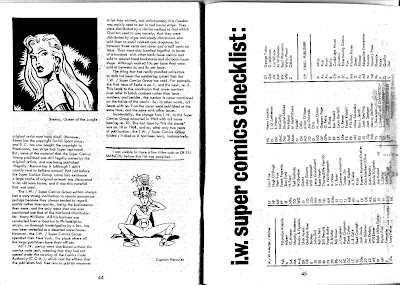