One of the World's Greatest Living Artists

Damien Hirst. Don't be stupid! (Be warned, this is a post of absolutes.)
Damien Hirst is not an artist, Damien Hirst makes antiques for super-rich people. The notion that people of limited artistic ability who learn a little about technique, and a little about Art History, at Art College, suddenly become gifted artists is absolute crap; and the art-world that perpetuated that notion has now had the rug pulled from under its feet by one of the people it inflated. Good! The recent hugely financially successful auction of Hirst's "art works" illustrates that Hirst is no artist, but is a gifted antique designer with a string of Russian Oligarchs and Saudi Sheiks willing to buy what he makes. 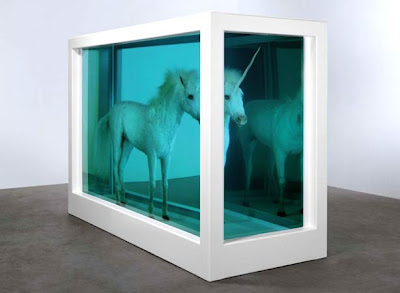 If artists were judged on the fortunes they make, Vincent Van Gough would have been piss-poor because he was piss-poor. The only person who ever bought one of Vincent's paintings was his brother Theo. Art is about so much more than money, and Damien Hirst is about so much less than art. If you want an antique, have him make one for you, or get one from Tarcey Emin. No, the world's greatest figurative artist is Lucien Freud, and one of the world's greatest "artists" is Robert Crumb. Now you can call him a "graphic artist" or a "comic artist" (not sure about that one), or put him into any other pigeon-hole you want, but whatever you want to call him, Crumb is one the world's greatest living artists. 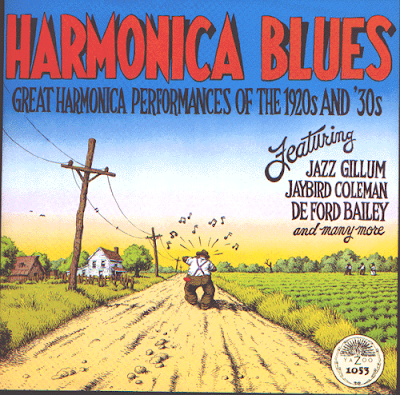 The World's greatest living magazine or "gag"cartoonist, on the other hand, is Gahan Wilson. For decades Gahan Wilson has honed his craft and his cartoons, particularly his macabre Playboy cartoons, are works of art. Is this in any doubt in your mind? If there is then you should buy the new 3-volume collection of Gahan's Playboy cartoons to be published by Fantagraphics in time for Halloween 2009, and all such doubts will be dispelled. I am so looking forward to having this. I might have wangled a review copy if I wasn't such an obvious fanboy and it wasn't already guaranteed to be such a huge success.

I actually got a package of artwork back from Playboy yesterday, by FedEx (I had my nose pressed against the window, like a demented puppy-dog as the van swung into the driveway), thank you J - so the magazine was on my mind, and that coincided with the news that Fantagraphics and Playboy are to publish a large collection of Gahan's work, and suddenly the dreach Scottish weather - that kills us, apparently, broke and a little MS destroying sunshine flooded into my life. 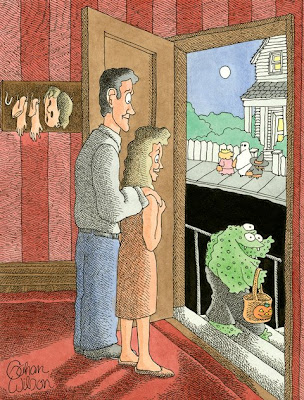 Copyright Playboy Publications, from the Playboy Gallery of some of Gahan's cartoons.

Rod, I agree with you 100% about Freud, Crumb and my childhood God,Gahan Wilson! My dad subscribed to Playboy back in the old days and I was allowed to read whatever was in the house. That's when I discover the full page, color gems of Wilson.If anyone asked I would say, I'm just reading Playboy for the cartoons! And that was pretty much true. The first year I joined the NCS I nominated Gahan for the Reuben and I kept nominating him until he won. It felt so good!
Margaret

Hi Margaret. Thanks for looking in.

That's a great story. I think for a lot of us the work we see when we are forming our ideas, works like a cartoon correspondence course, so you were really studying the best there. It makes you kind of worry when today's youngsters see so very few cartoons, and only those tiny strips.

I'm glad you stuck by Gahan. One of my regrets is that I didn't get into his work sooner. A lot of the earliest cartoons I saw where held in the Fine Art Department's Reference Section at the Scottish Library at George IV Bridge in Edinburgh. You couldn't remove them so I had to go there often with my sketch pad to copy the techniques and although they didn't have Gahan's work they had Addams and Thurber. I think Wilson is one of the few who wouldn't be punching above his weight with them. I'm certain this
new collection will be placed there.

Of course in Japan he would be a venerable Mangaka. I wonder if we shouldn't have some sort of term for the venerated cartoonists?

Hirst is a BS artist like so many of today's contemporaries, the really true great living artists are far more interested in perfecting their craft than inflating their bank balances, they generally keep a much lower profile, just look on places like youtube you'll see artists far beyond the likes of Hirst or Emin, artists creating masterpieces in traditional mediums like oils

Hirst is a BS artist like so many of today's contemporaries, the really true great living artists are far more interested in perfecting their craft than inflating their bank balances, they generally keep a much lower profile, just look on places like youtube you'll see artists far beyond the likes of Hirst or Emin, artists creating masterpieces in traditional mediums like oils